Late afternoon rays of sun cutting through heavy wafting smoke in my studio. Seemed like a good opportunity to play and explore. These first five images are the result of that little exercise. 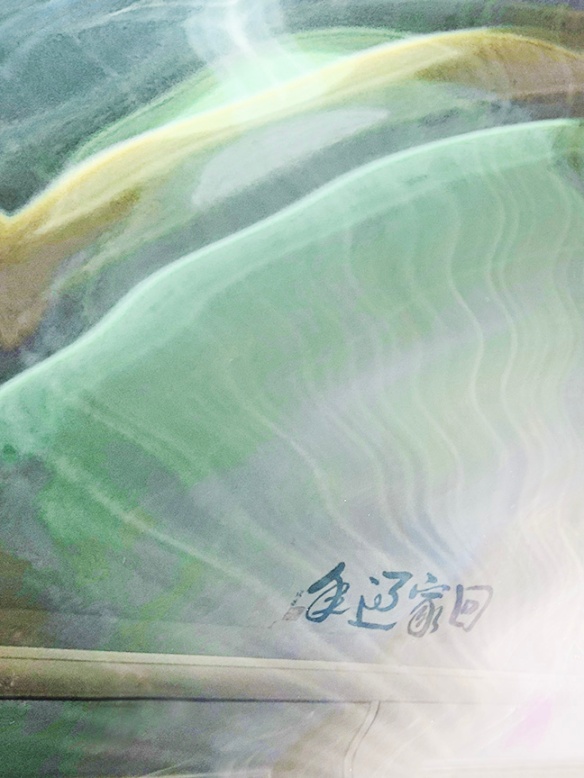 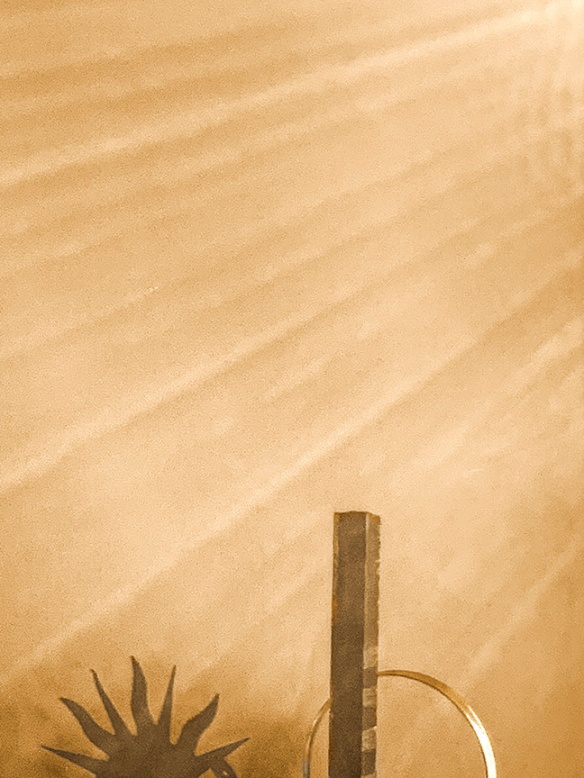 This last one, upon completion, seemed to reflect the times – suggesting airborne toxin. And that got me thinking about my friends in Florence and the difficulties of their predicament (so similar now to our own).

So I couldn’t help but think about my times there, shooting the street shrines that always capture my attention as well as the many opportunities I have had to photograph the fossils in the Museum of Natural History. 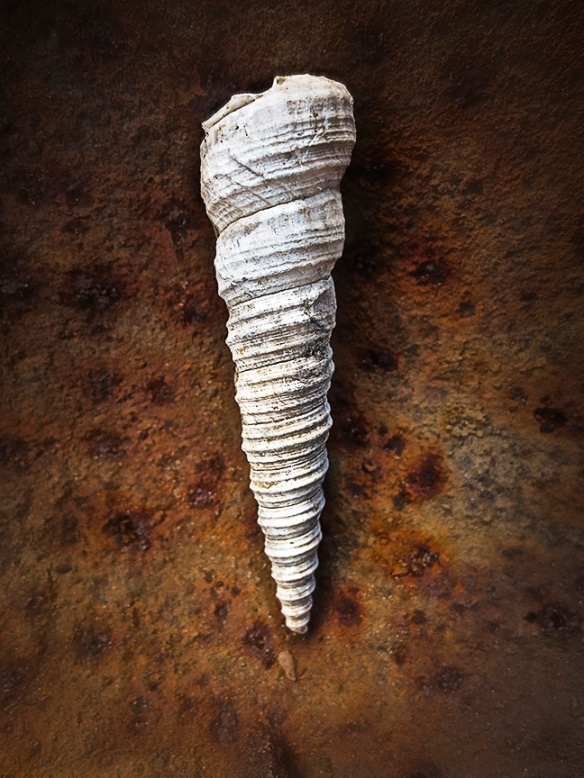 A mollusk, a gastropod, an anemone, and lastly the skull of a whale. 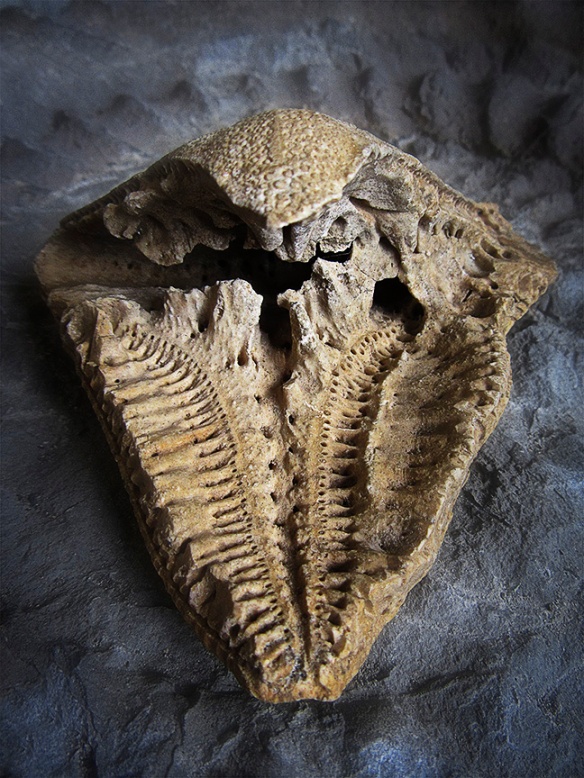 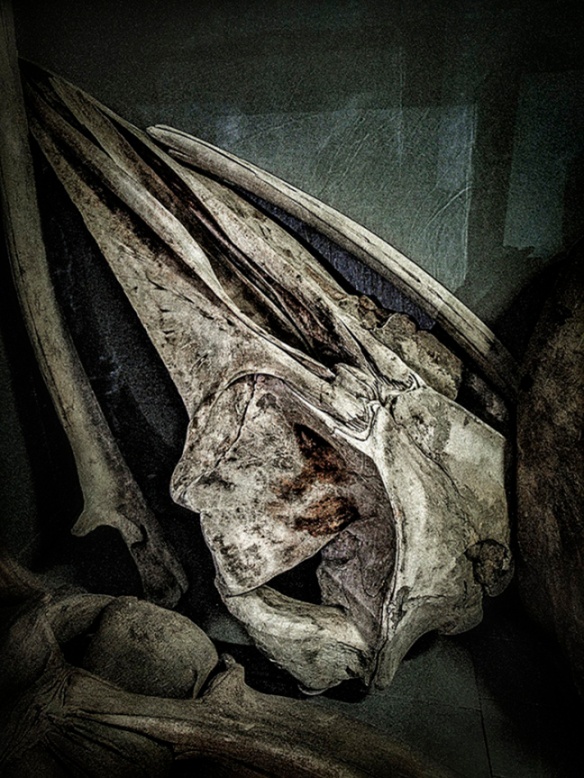 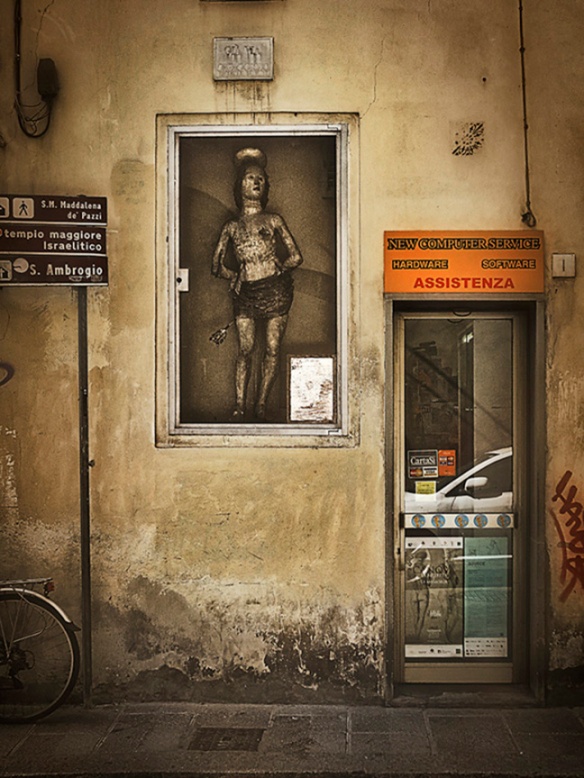 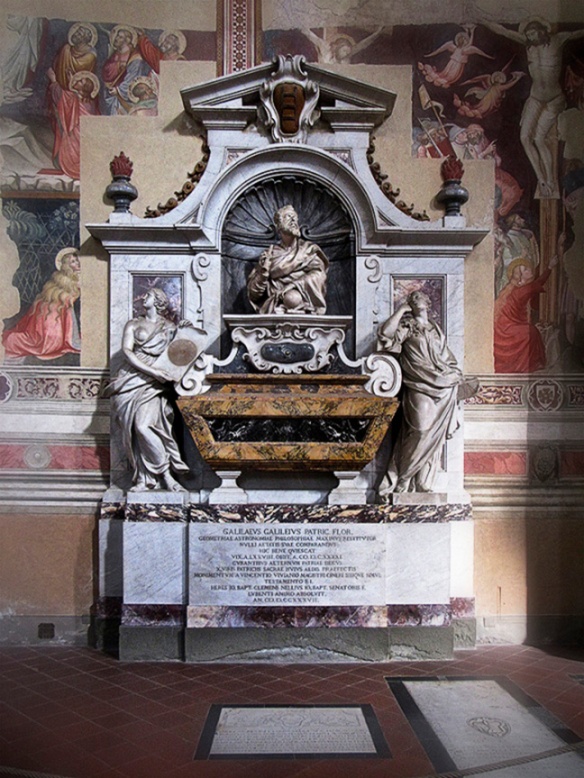 The Duomo dwarfing the nearby side streets… 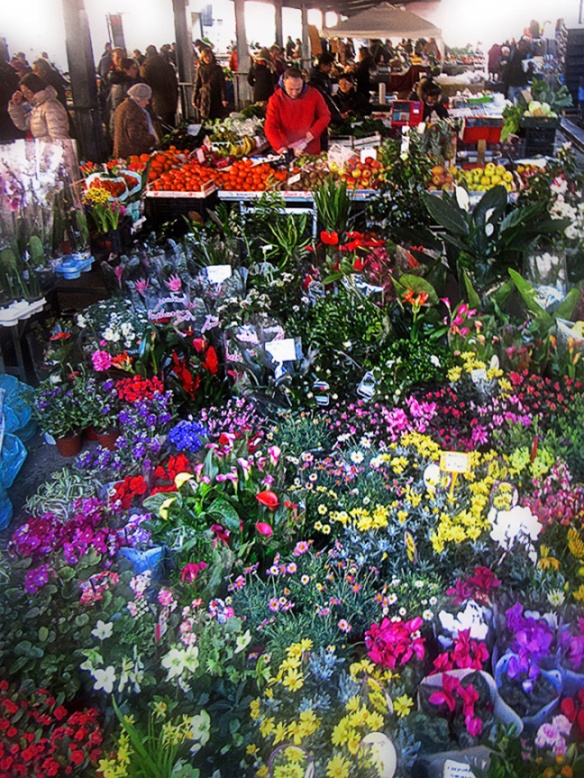 …and lastly the Sant’ Ambrogio Market where the best of everything can be found!

Thanks for the visit. Stay safe. 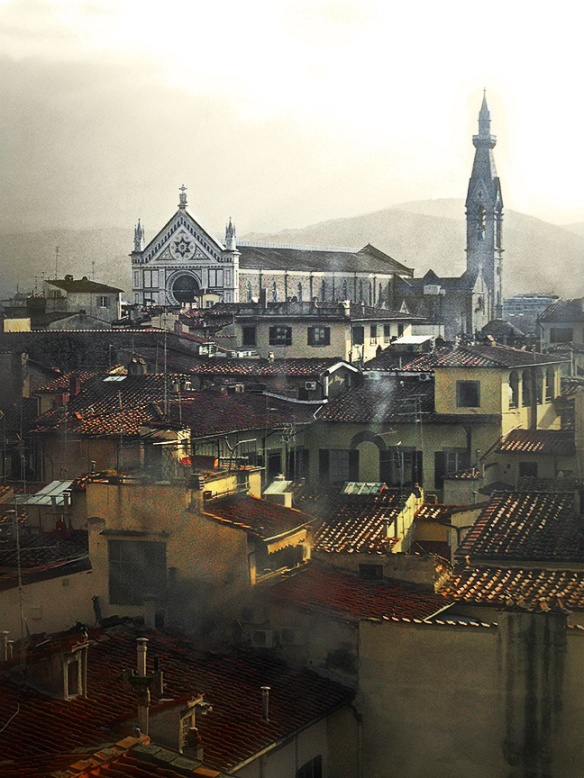 While I am not big on churches in general I must say that the Basilica of Santa Croce in Florence is a wonder to behold. Construction on it was begun in 1294 and it was consecrated in 1442. It is a thing of beauty. The walls are filled with stunning paintings, sculptures and frescos – work done by artists such as della Robbia, Donatello, Giotto, Gaddi, Vasari, and many more.

Thanks to my never-ending interest in rocks and stones, while most visitors spent much of their time looking up, I often look down. The floor of the Basilica is a wonder of marble patterns and designs. 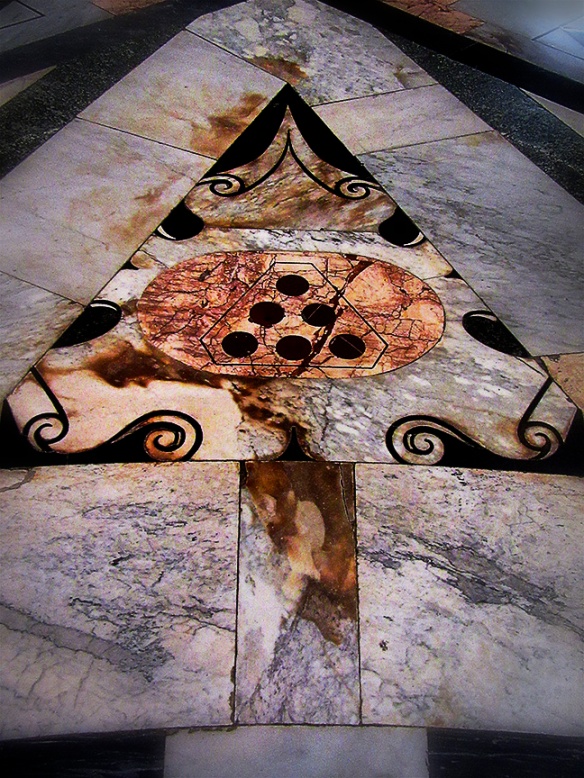 The neighborhood surrounding Santa Croce is our favorite area to stay. Everything is only a short walk away. There is an irresistible charm that pervades. 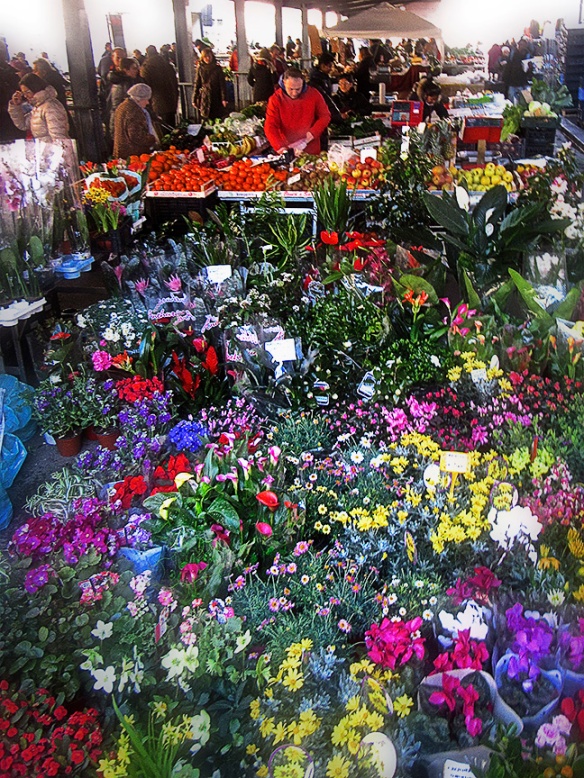 The local Sant’ Ambrogio  marketplace has all things fresh daily from meats and cheeses to pasta, bread and flowers. Much to my surprise, I even found fossil trilobites from Morocco on sale for a few euro each!

On a drizzly day last week we were surprised to see the Piazza Santa Croce transformed. A large  area of the piazza (directly in front of the Basilica) was fenced off with 2-4 inches of sand covering the cobblestones and some hay bales along the sides. An Italian rodeo perhaps?! Rather, we soon found out that we were about to witness a game called “historic football.” 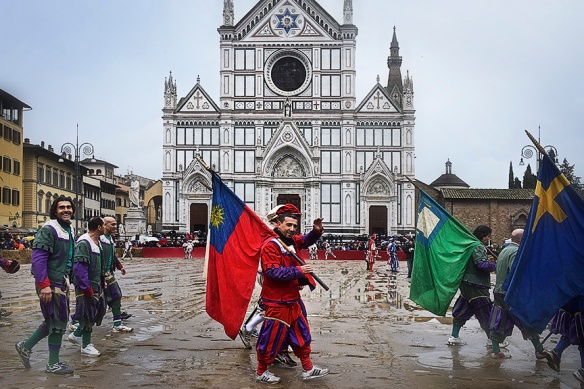 As the story goes, the game’s origin traces back to Roman times and was played regularly by association teams. On February 17, 1530, the game was played in defiance of an impending attack on the city. To ridicule the enemy, the game went on – because nothing was going to get in the way of the Florentinian tradition. And so, annually, the game is played on that date. And we were lucky enough to stumble upon it.

At first, following the opening pomp and ritual, we assumed it to be something akin to “Old Timers’ Day” with some lighthearted attempts at a game. 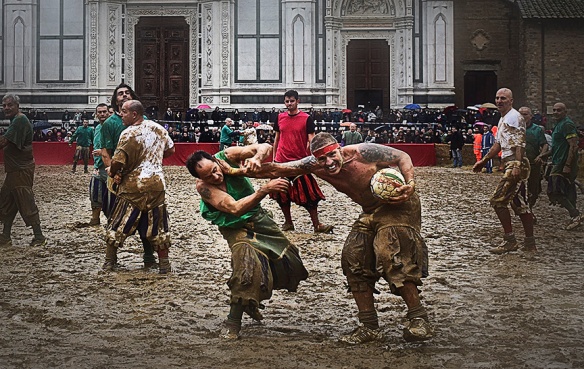 We soon found out otherwise as the game was a brutal battle that all parties took very seriously. ( A local told us that teams had been forbidden from recruiting released convicts lest it become particularly nasty!).

On a more civilized note – During the 1400s and 1500s this neighborhood was full of artists and artisans. It very much remains so to this day. Of the many artists who live and work here there is one fascinating and wonderful artist by the name of Paolo Carandini. 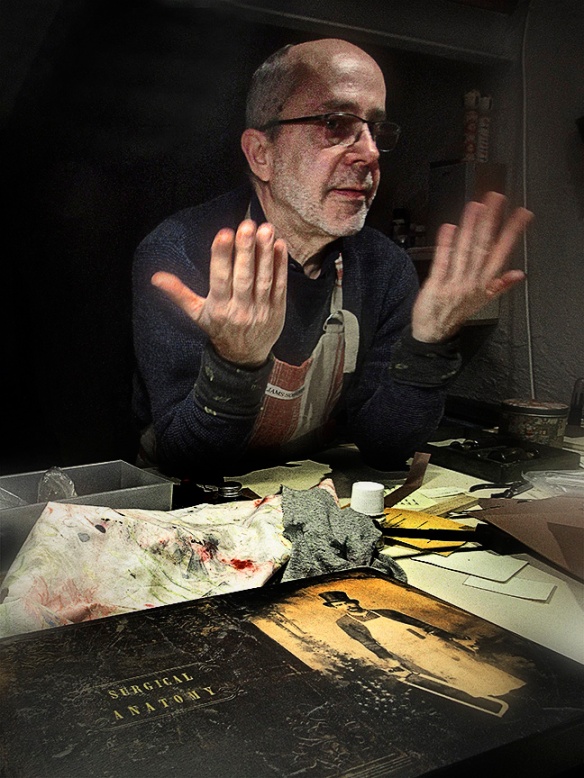 Paolo designs and creates objects of wonder and fascination. With the talents of a skilled artisan and the soul of a poet he builds these objects with parchment, leather and various imagery that are  enigmatic, often filled with literary references, sometimes with whimsey, sometimes with cathartic power and implication. And, if that’s not enough, each of his objects are clever and stunning visually. 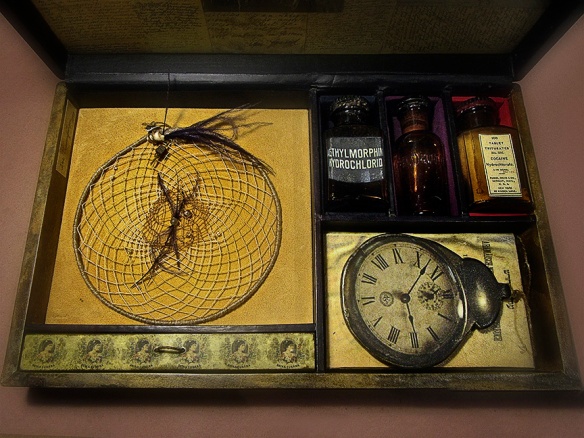 And, finally, some street art. I have always enjoyed seeking out the various street shrines in Florence, and particularly in this neighborhood, many of which have been in place for hundreds of years. So today I bring you one from just down the street…

…and something obviously more contemporary!