Thanks to the world of moss and lichen some otherwise bland looking fossils take on a whole new appearance. Today’s opening image shows a shard of coarse sandstone filled with broken pieces of brachiopods, coral, and other denizens of that inland sea that covered this area 387 million ears ago. Moss has grown thick on parts of the rocks while some strange little (I believe) lichen appear like some bright blue pinheads.

This extreme close-up gives a better sense of them. If anyone can confirm just what they are I would be grateful to hear back.

Here are several more images of the moss creeping up on some soon to be covered marine invertebrates. 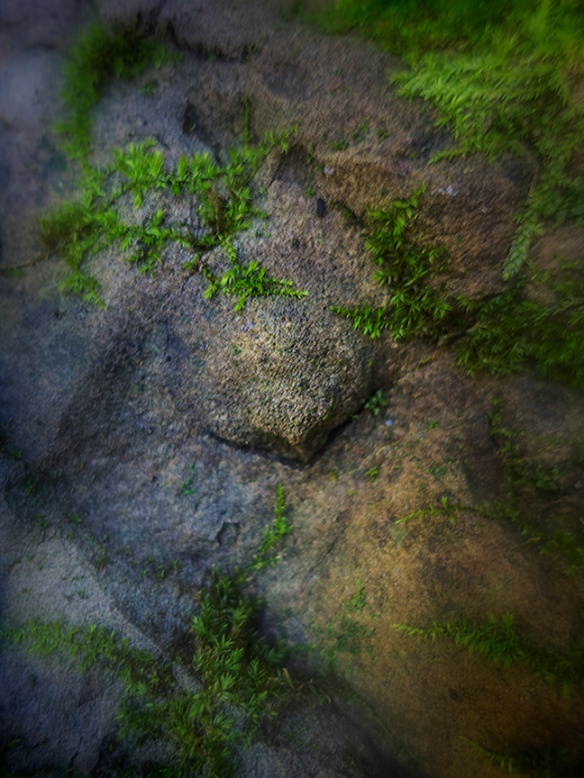 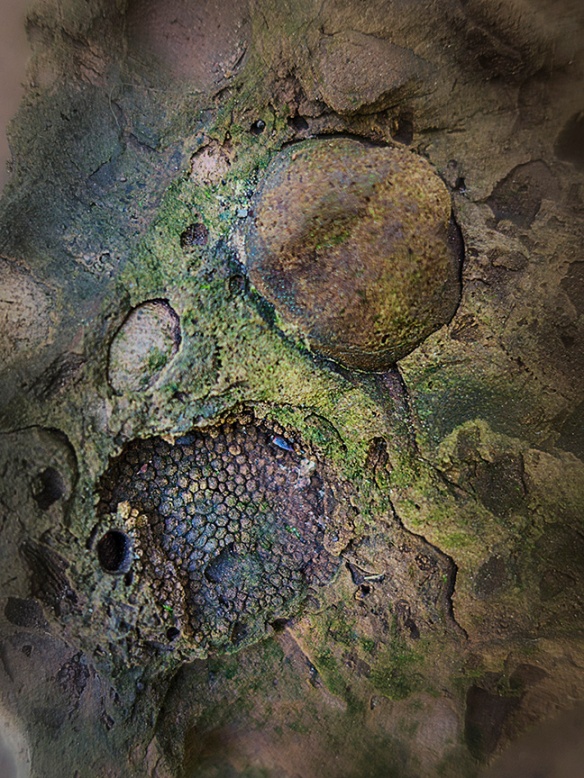 Those images got me back into my routine. I haven’t had much time for fresh shooting lately, being sidetracked with other matters. So I continued aiming the camera at other fossils nearby and found my groove again. Here is what was near at hand. 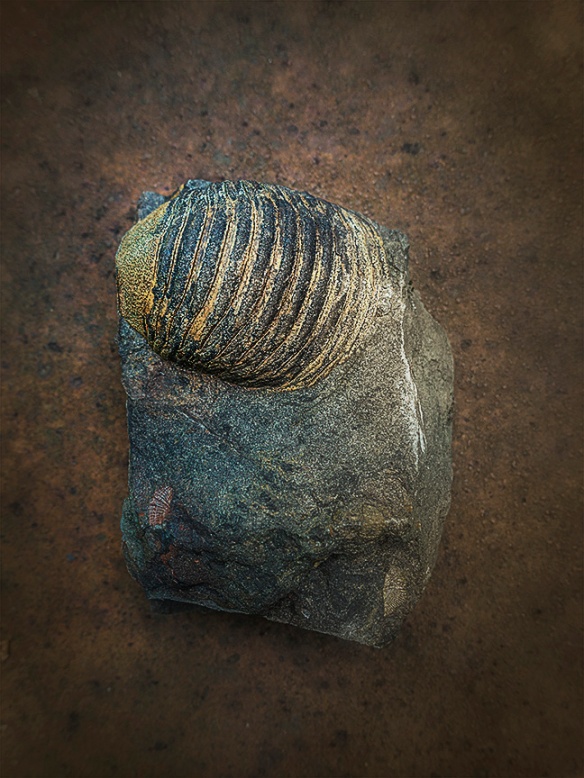 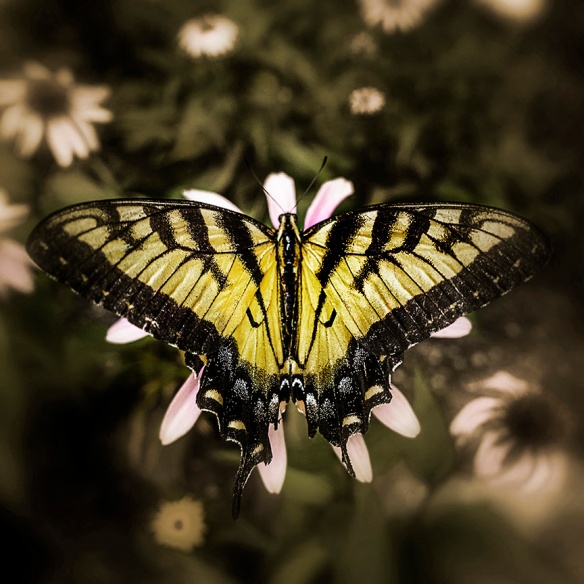 Goodbye to Summer and all that goes with it, including butterflies.

I’ll close with these two variations on circles! Above is a nest within a nest. The large one came from a visit last Autumn to Paradox Lake in the Adirondacks. The small one, found by Cindy this Summer, we believe to have come from a ruby-throated hummingbird.

And below – the  second piece of my Galileo series. The first one, which was posted a month ago, is currently on view through this weekend at the Woodstock Artist Assn. and Museum (WAAM).

That’s Teddy Roosevelt Day on Isle La Motte. Every September, the inhabitants of this little island on Lake Champlain celebrate our 26th U.S. President, lifelong naturalist and champion conservationist. As the story goes, TR, while serving as Vice President, visited the island in September of 1901. While there, a phone call came for him (on the island’s only telephone at the time) informing him that President McKinley had been shot.

An important event in local history certainly, but it’s the “conservationist” issue that resonates with the island’s residents. Their tireless efforts to save and preserve Chazy Reef for all of us continues today as it has for the past twenty years. The island’s bedrock is formed by the oldest known fossil coral reef in the world – nearly a half billion years old! And scientists from the world over visit the site to peer into the planet’s deep past.

This year’s events, ranging from apple picking, cider pressing, demonstrations at the Historical Society, hayrides, etc. all culminated in a parade, led by TR himself, that ended at the newly refurbished Goodsell Barn, The barn, pictured below, was formally introduced to the public as part of the day’s festivities, and will serve as a nature center and education space. 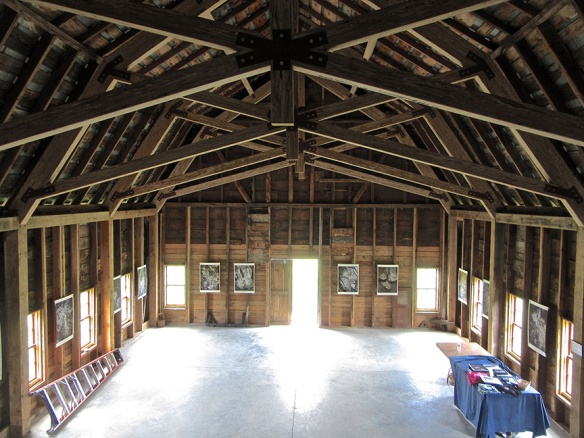 I was honored to be asked to display a show of my Chazy Reef fossil images at this opening. And, I am happy to say that this work will reside there permanently and serve as a backdrop for future events educational and otherwise.

And it was a message well received and appreciated by all those present. 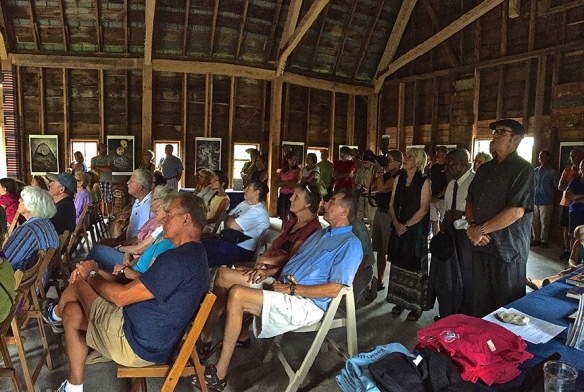 It was a great turnout. Seems like the whole island showed up. It was a wonderful experience – small town America at its finest. Neighbors working together for a common (and very important) good. They should be proud of their efforts. Their desire and ability to preserve and maintain Chazy Reef deserves our great thanks.

The day ended, as all good small town events do, with a potluck dinner back at the Fisk Farm compound, where the indefatigable Beth and Larry Welton (otherwise known as Tin Penny) provided additional entertainment. It was a very special day.

In my free moments, while wandering through the neighboring Fisk Quarry, I came across more and more gastropod fossils Here are a few of the new ones. 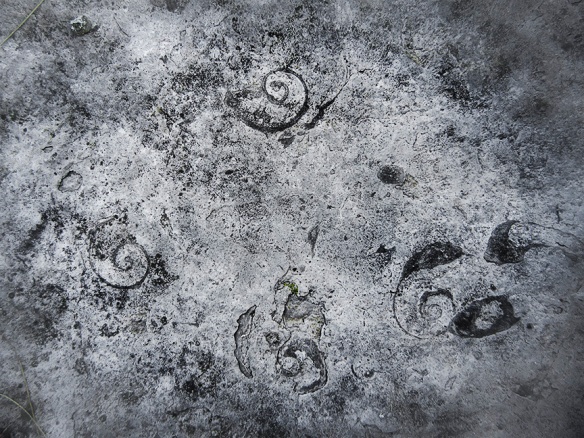 Aside from the trip to Isle La Motte I’ve been on the road a lot lately. But I did find a little time to crack some rocks back at the studio. This one rather small rock had an interesting yield. Here are three images from that rock. 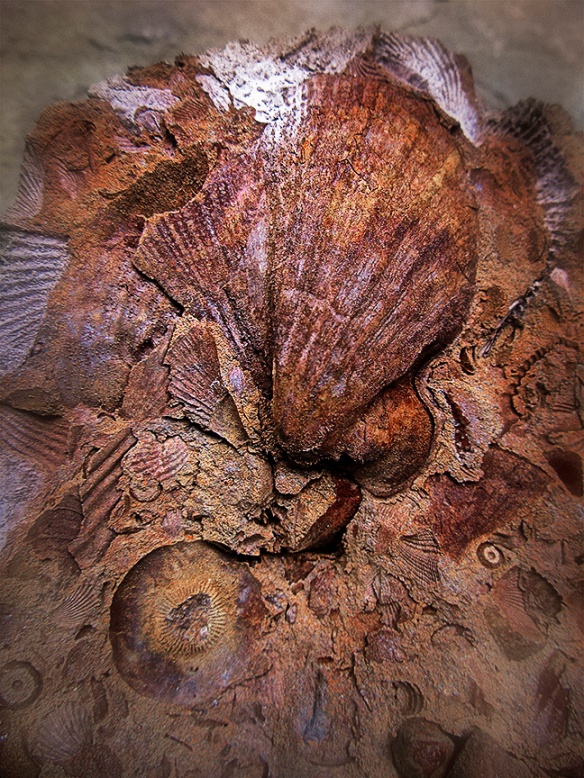 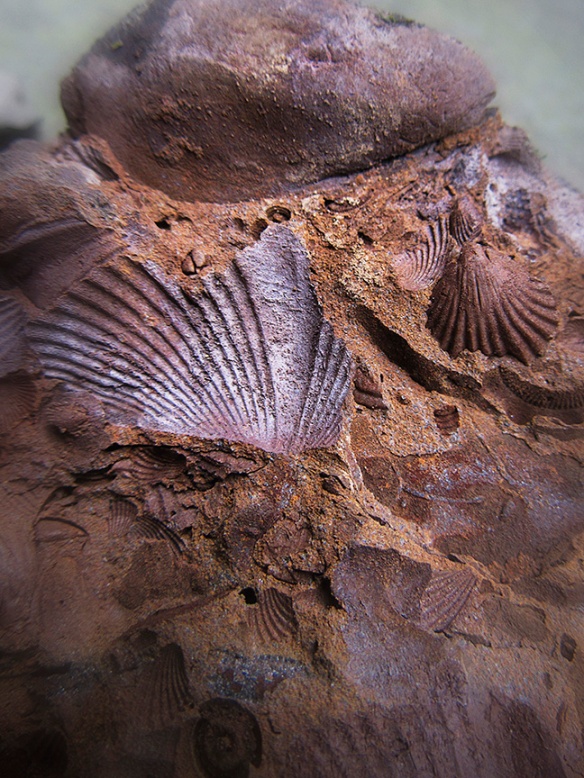 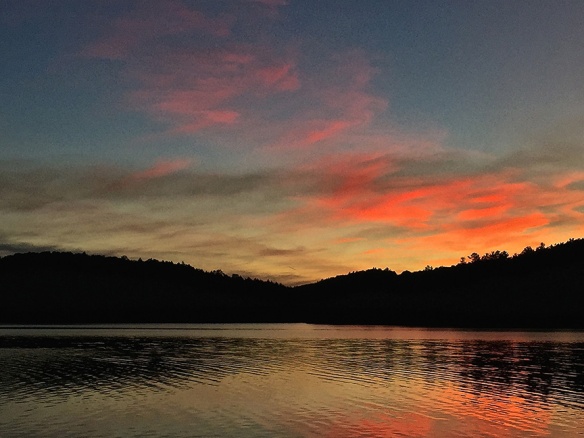 And, one last note that I couldn’t resist including. From a recent stay on Paradox Lake in the Adirondacks – views from the porch on Sunday night and hours later the following morning.

Thanks for the visit,