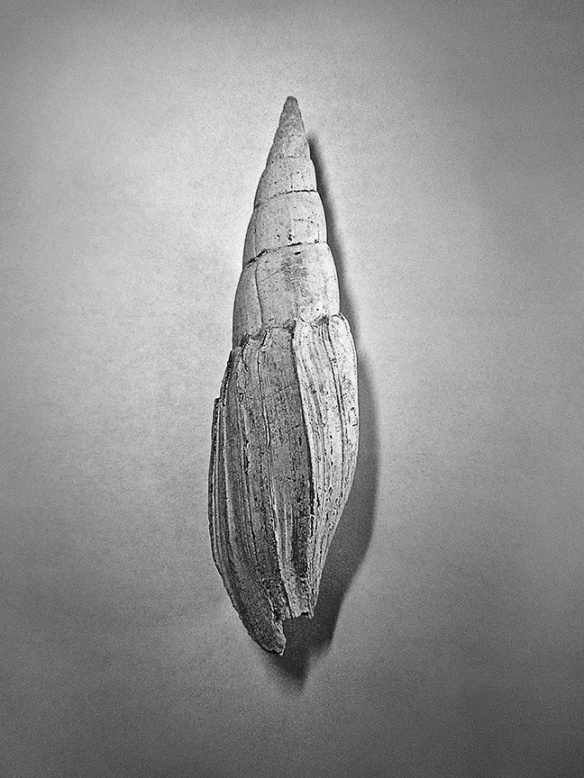 Many of the objects seen here today look like they just got scooped up on a recent trip to the beach. Rather, they are marine invertebrate fossils that, if memory serves me correctly, range in age from six to twenty million years old.

It seemed like a good idea to present this group (all from the collection of the Museum of Natural History in Florence, Italy) in black and white.

These wonderful designs of Nature display well in a most simple fashion. 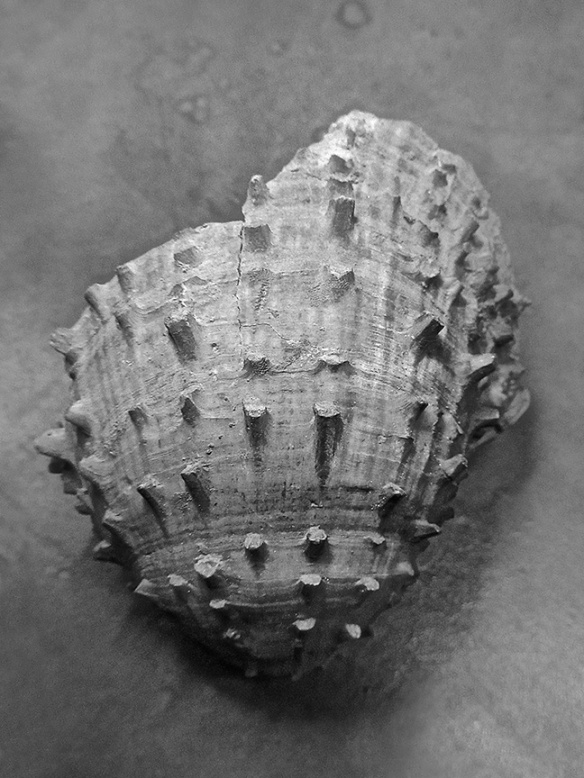 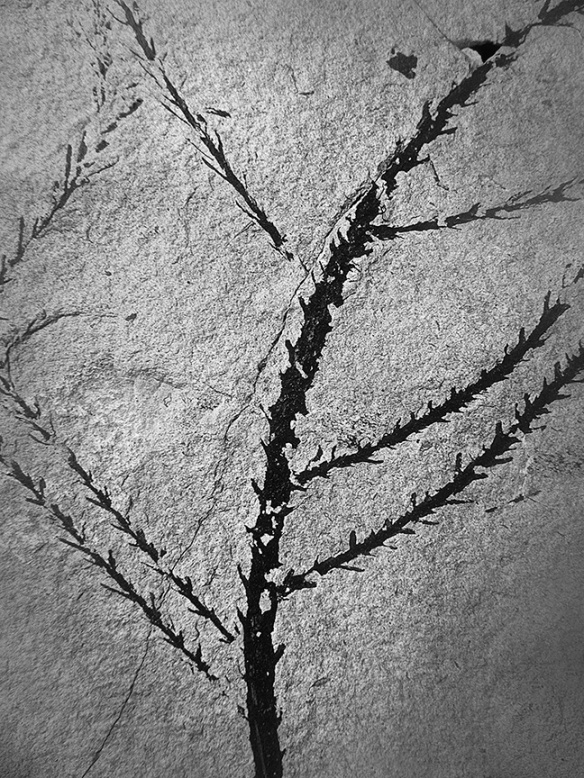 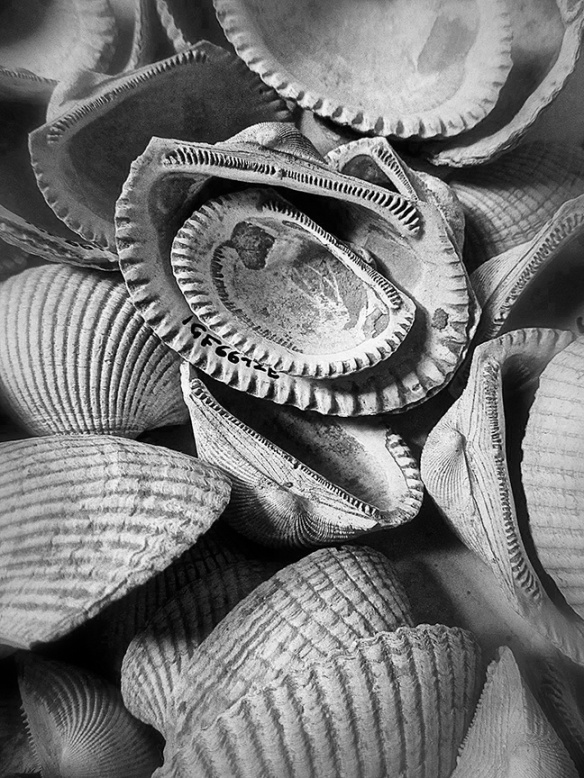 Last week’s topic on the sophistication of non-human minds drew an interesting variety of response. And with it still fresh in my mind I now keep running into similar types of articles. So let me share a couple of new ones with you.

“Brain scans of insects appear to indicate that they have the capacity to be conscious and show egocentrico, apparently indicating that they have such a thing as subjective experience.” That’s the finding of study written by Andrew B Barron and Colin Klein, and published in the Proceedings of National Academy of Sciences. 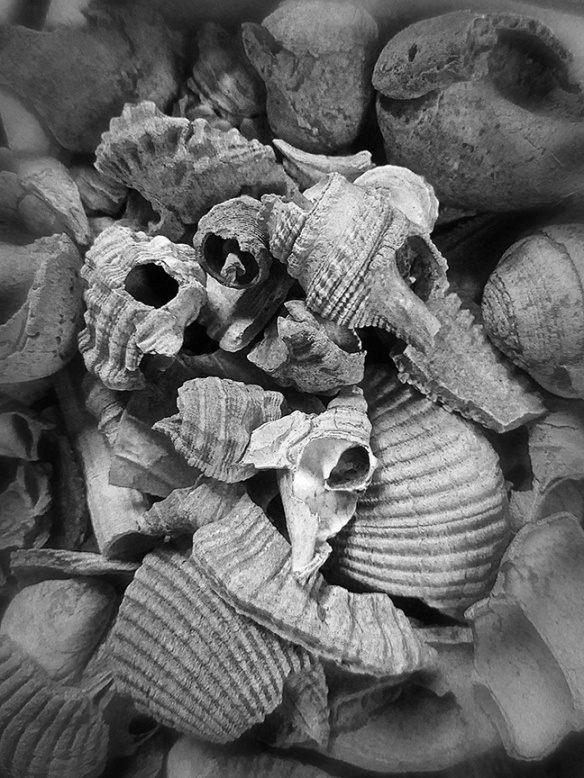 And here’s one on slime mold:

“…But that view has been changing in recent years as scientists have been confronted with the astounding abilities of brainless creatures. Take the slime mold, for example. It’s an amoeba-like, single-celled organism filled with multiple nuclei, part of a primitive lineage that’s been munching on bacteria, fungi and other forest detritus for hundreds of millions of years. And yet, this very simple living thing manages all kinds of intellectual feats.”

It’s amazing what we continue to learn on the subject.

And one last note on the general subject of intelligence, the brainiacs over at NASA are celebrating twenty five years of Hubble images with this video. Take a moment to view these astonishing images.

Thanks as always for the visit.

Pre-dawn light pulled me to the quarry. I had seen it briefly the day before so I knew the payoff would be worth the effort. I knew that strange and interesting sights awaited. I was not disappointed.

A word about the Fisk Quarry. The site, first quarried by the French in 1666, was one of a handful of quarries active throughout the Nineteenth Century on Isle La Motte. Its unique and highly regarded stone found its way into sites such as Radio City, the National Gallery and Vermont’s State House. All this quarried stone, part of the bedrock, “…was actually the fossil remnants of an ancient reef. A Harvard geologist in 1924 called it ‘the oldest coral reef in the world.'” 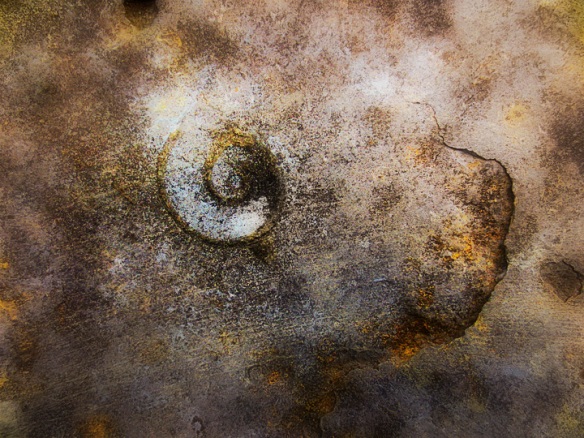 Gastropods in the bedrock are, at least to me, endlessly fascinating. Set against the other markings on the face of the bedrock, they constantly reminded me of spiral galaxies. Squint a little as you view some of these gastropod images and you might think you are looking at images from the Hubble Telescope! 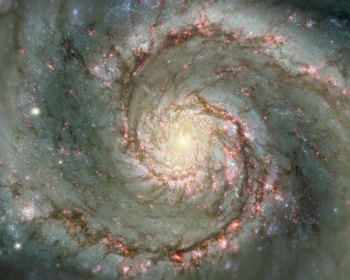 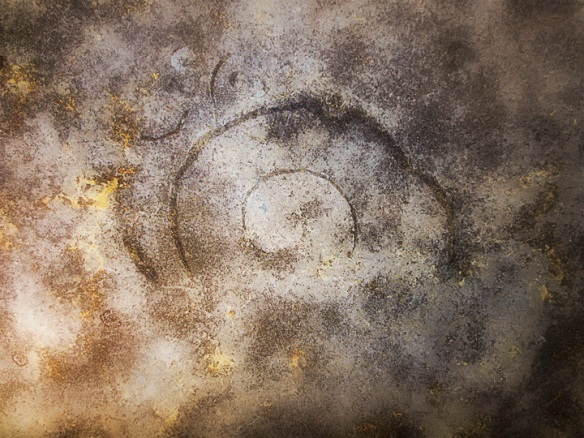 Perhaps the most amazing fossils to be found at the Fisk Quarry are stromatoporoids. An extinct ancestor of the sponge, it was one of the builders of the Chazy Reef. 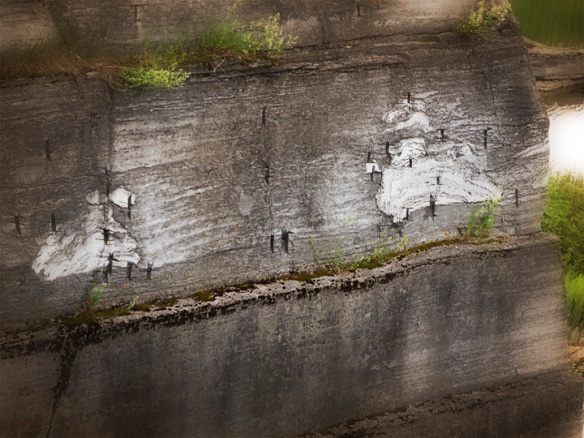 Looking like an ever expanding cabbage, the stromatoporoids seen in the quarry walls are at least several feet in diameter. One has to wonder what else might be hidden in those walls!

The close-up below, coupled with the gastropods, shows the strangeness and diversity of life 450 million years ago. And given what we now know about the atmospheric conditions that existed at the time, one could only assume a landscape worthy of an Isaac Asimov or Ray Bradbury treatment!

The wetlands, created by time and abandonment, seem to be a fine place to end this final installment of the Chazy Reef story – for now. I look forward to many more visits in the future – if not for the unforgettable fossils to be found then most certainly for the sweeping beauty and the soulful caress of tranquility found there as well. 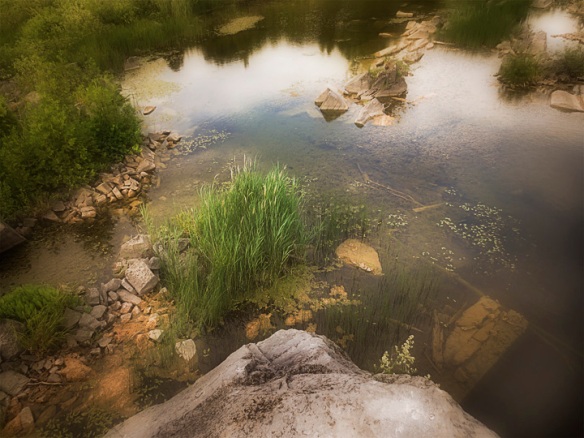 One last note – The Isle La Motte Preservation Trust (ILMPT), founded and organized by local citizens concerned about local heritage and the world around them, were able to save sites of worldwide significance through determination and hard work. They deserve your support. I’d bet that if you look a little closer to home you might very well find similarly well intentioned groups who could use a little of your help.

Thanks again for the visit.