A beautiful summer afternoon took us out for a drive that eventually led to Gilboa. It had been two years since I had been there. I knew that the Gilboa Museum would be closed (it was a Monday afternoon). But with country as beautiful as it is up through Greene and Schoharie Counties, we knew the ride would be fun no matter what. 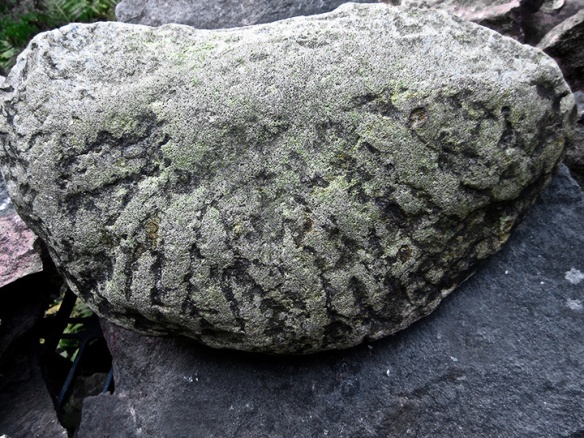 I also knew we could check out the fossils laying outside the museum. The opening image is a large tree base, Eospermatopteris, from the famous Gilboa Forest. Picture two, above, which I just posted recently, is part of a smaller base that I had found previously.

These two samples of Devonian plant life got me thinking about how the recent “abstract/concrete” work I did can well relate to these type of fossil images.

The markings, the linear compositions…they all really fit that previous project. I think I am beginning to see the greater pattern!

Last from our Gilboa stop is this gnarly fossil, a rather incredible fossil – part of the tree – found by Ms Kristen Wychoff. An interesting story accompanies it (click here). 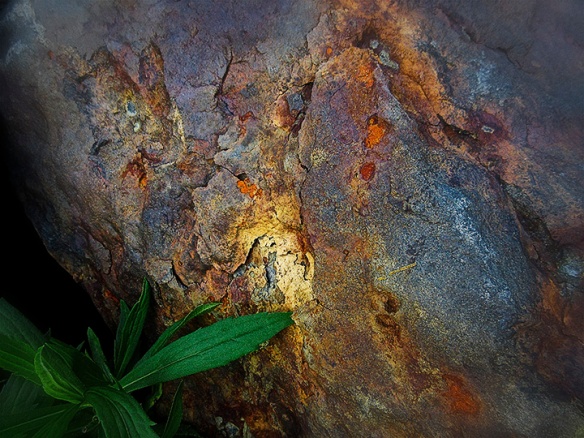 Ms Wychoff’s discovery occurred alongside a nearby creek – “stream mitigation” is what it’s known as – where streams needed to be shored up following Hurricane Irene (which, by the way, occurred exactly three years ago) and large rocks were used as fill. These three images resulted from us making a similar stop on our way back.

More markings – some from heavy equipment…

…and some from the rocks themselves.

Here are a few odds and ends, the first of which comes from my recent sandstone find – a healthy variety of fossils create this vignette. 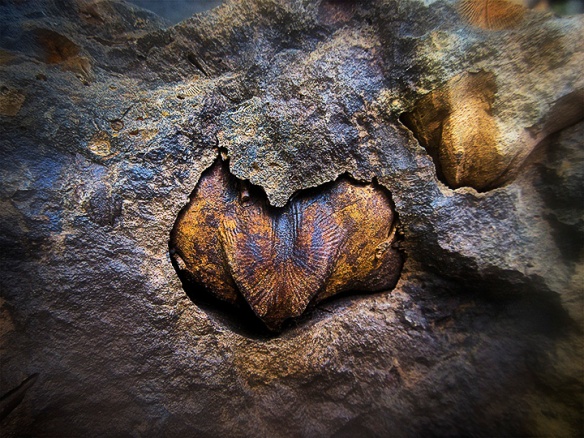 And here are two more from a quick run to the local quarry – both as visually primordial as they are in fact!

While color has been playing an important role in many of my most recent images, I still have a thing for black and white. This latest version of a favorite fossil was, I am sure, motivated by my fascination with the artist Renee Magritte and his painting “The Castle of the Pyrenees.”

My good friend and fellow photographer, Michael Nelson, dropped by bau Gallery last weekend and left this portrait in his wake. Thanks, Mike!

Two more weekends left before the show comes down. Beacon should be a fine destination over this upcoming Labor Day weekend. Drop by if you can. 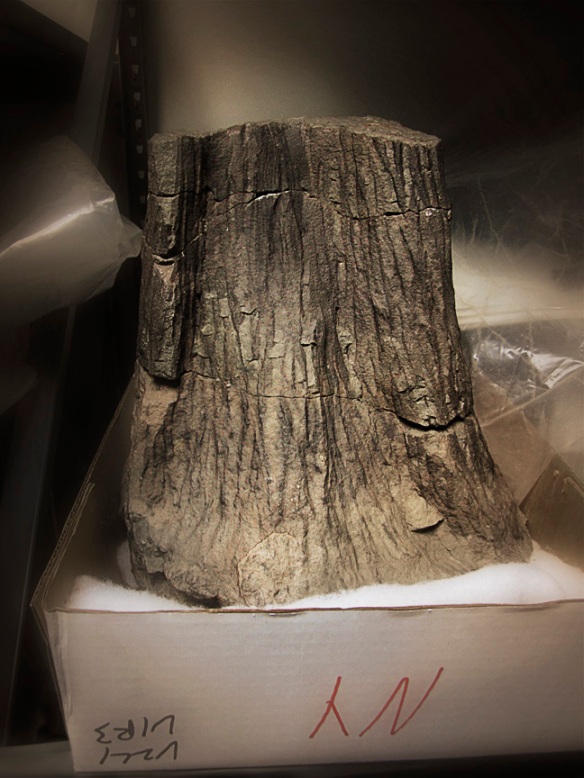 Recent Gilboa discoveries have been much in the news. Articles in Nature Magazine, the Albany Times Union, and numerous online science news sites tell of the discovery of the floor of the world’s oldest forest. It’s a fascinating story that most recently unfolded thanks to the need for repairs on the ninety year old Gilboa Dam in Schoharie County (about an hour and a half away from my home in Catskill).

The general area around Gilboa had long been known for the “Gilboa stumps,” tree fossils dating back 385 million years.  It was in 2004 when Ms Linda Hernick and Mr. Frank Mannolini, both from the New York State Museum, discovered, not more stumps, but rather fossils of the tree’s intact crown and portions of trunk.The following is a close up image of that crown (The full crown and trunk image led the blog a few weeks ago – Gilboa Meets WAAM). 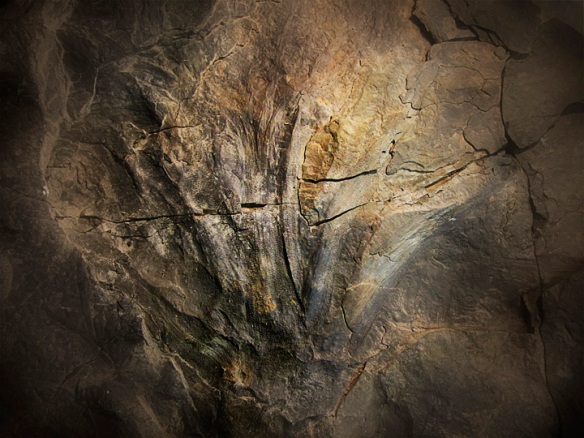 It was this find that allowed scientists to see finally, for the first time, what these trees (Eospermatopteris) looked like. There’s much more to the story. Dr. Bob Titus, Professor at Hartwick College, wrote about it much better and more fully in his latest newspaper column. He also writes about the small but delightful (and informative) Gilboa Museum.

This Sunday, in fact, (July 8) the Gilboa Museum will be holding an Open House from 1 – 3 PM. According to Ms Kristen Wyckoff  the Museum will be displaying several new permanent displays (the display space has been doubled). The Open House (which I attended last year) is a wonderful piece of Americana replete with local music, homemade cookies and cakes, and generous small town goodness. So after the breakfast dishes are done and the newspapers are read on Sunday get in the car and drive out to Gilboa (directions here) – a fine way to spend the afternoon. 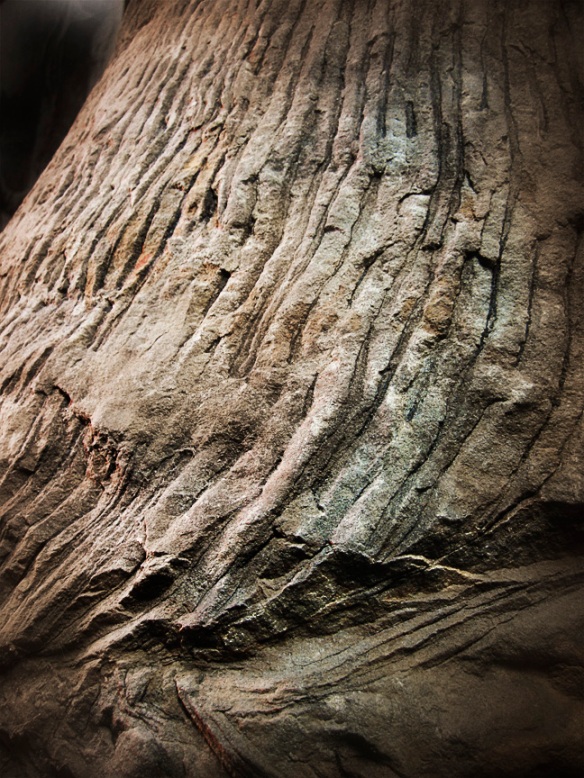 As for the images displayed today, a number of them can be found in the current issue (Summer, 2012) of Kaatskill Life Magazine. 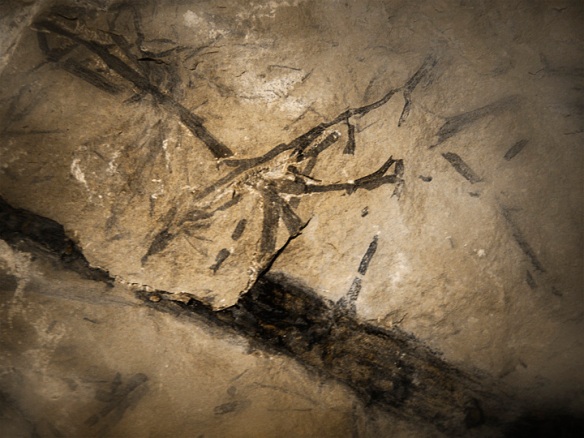 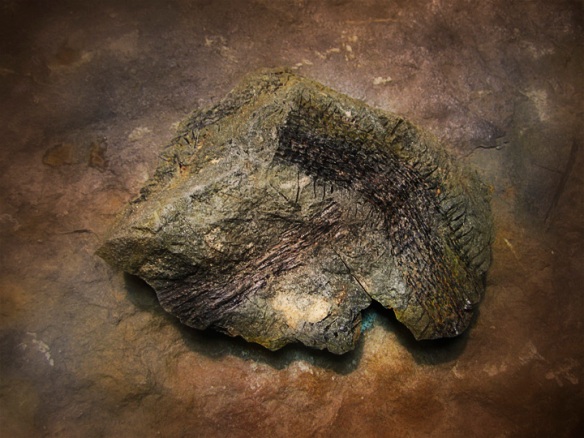 My great thanks, as always, to Ms Linda Hernick for allowing me the time and access to the Museum’s collection. As Paleobotany Collections Manager she oversees a stunning collection that, unfortunately like so many others, is rarely seen. The research value of most collections of this type is incalculable. Hopefully, viewed through a more sympathetic and aesthetic lens, objects like these can see the light of day and find their way on to the exhibition floor. 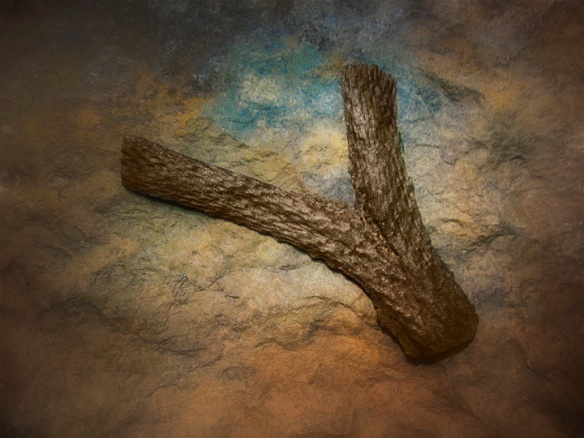 Thanks for visiting today. I’m sure there will be pics from the Gilboa Open House coming some time soon. Next week, though, we’ll head back to Chazy Reef for a final installment featuring the Fisk Quarry Preserve. Believe it or not, the trip to Chazy Reef led us to another gem – Ausable Chasm. Plenty to tell about that in coming weeks.

Subscribe or sign up for email notification to see the final installment of the Chazy Reef story.

Thanks again for the visit.