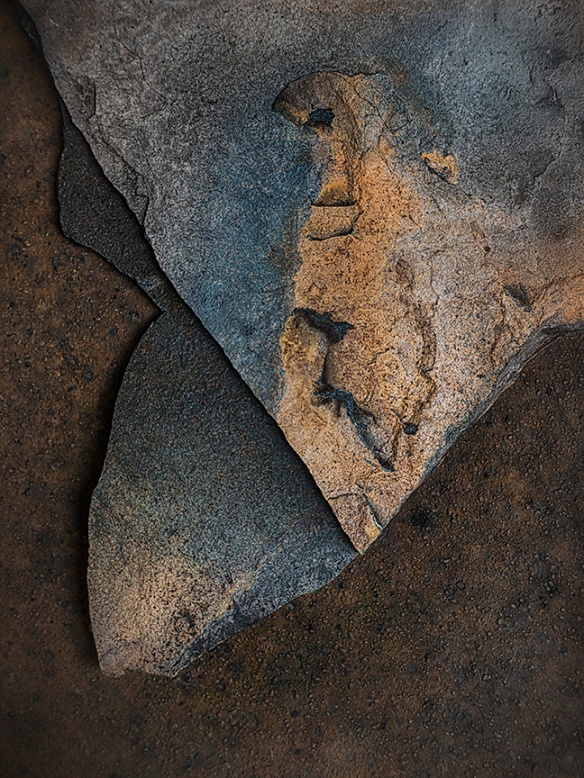 Back from my trip to Vermont – the show looks good and will be up for a while. My studio, on the other hand, was a bit of a mess – something that always happens when preparing for a show.

During the course of the cleanup I ran across a small pile of flat rocks I pulled from the creek a long time ago. These rocks were pancake-like slivers that sat on a low shelf like a stack of magazines. 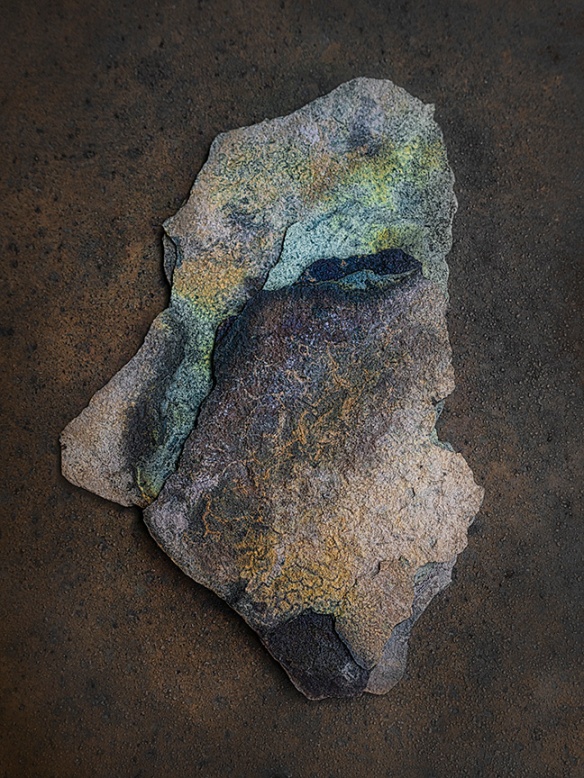 I kept them originally to use eventually as backdrops or as a ground upon which I could set other objects to shoot. But the more I examined them the more I saw them as worthy subjects on their own.

So here is a small suite of images that resulted from my discovery. Perhaps I should do a bit more cleaning – never know what I might find! 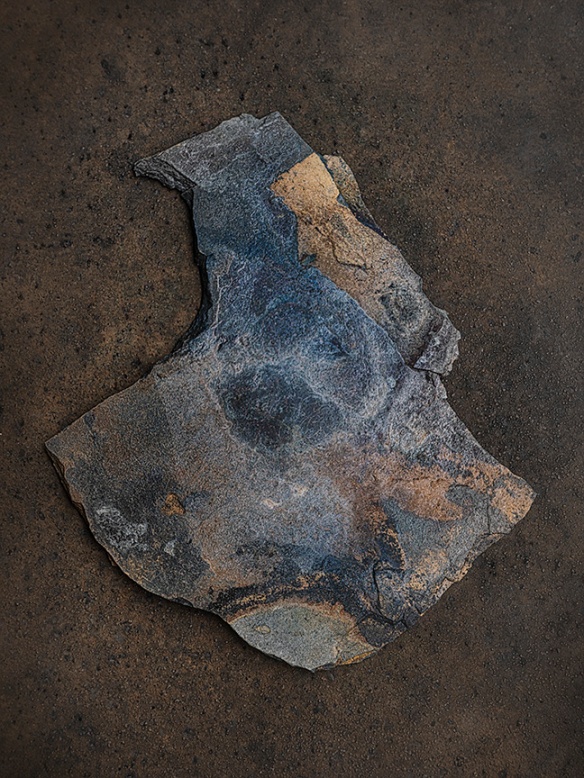 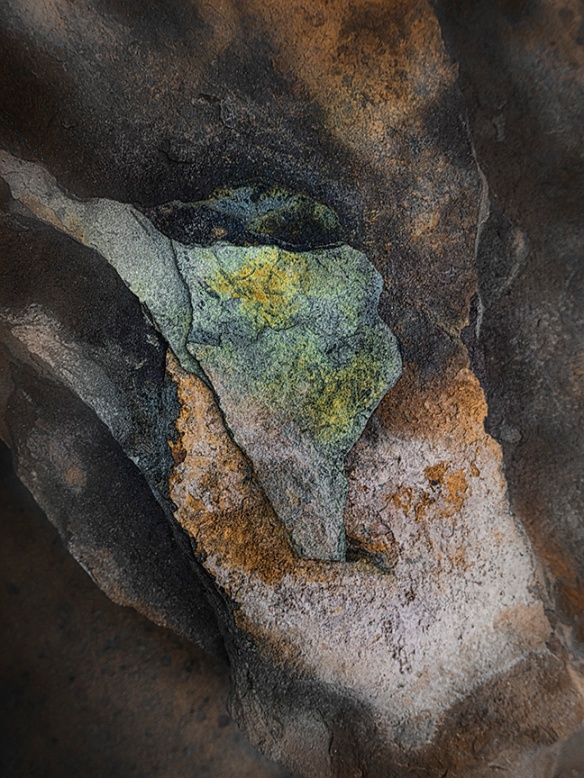 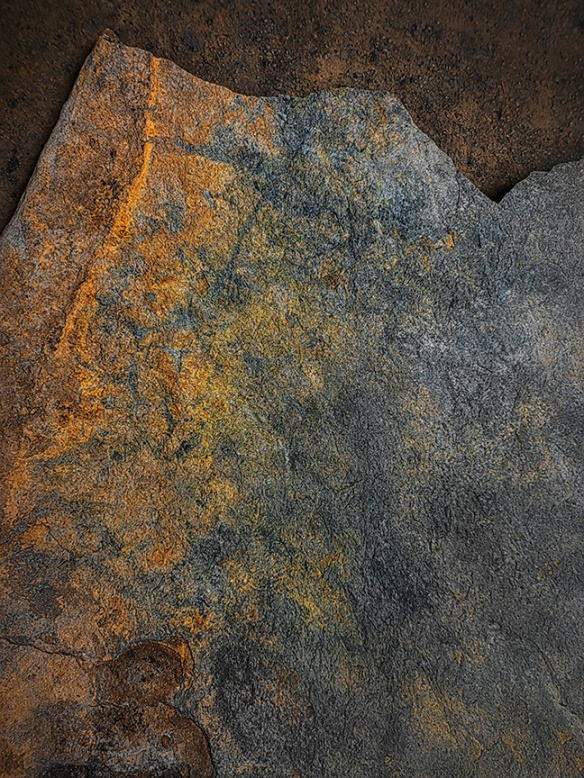 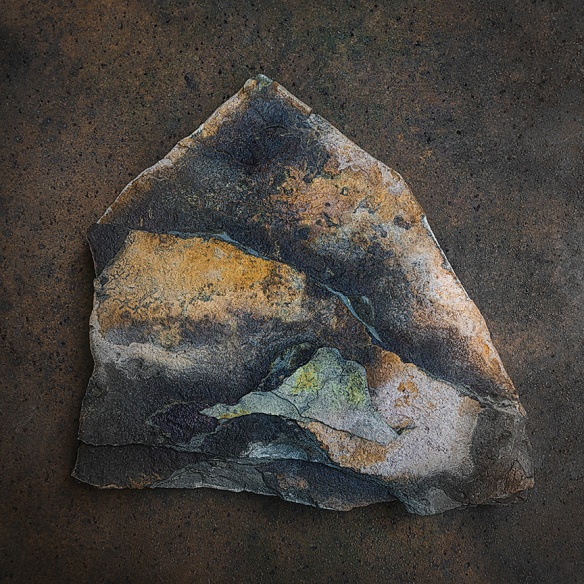 It was a pleasure to return to Isle La Motte this past weekend for the opening of my show. The opening went well. We got to see many friendly, familiar faces and spend relaxing time sitting on the shores of Lake Champlain.

I took only a small number of pictures this trip. These first few are regular subjects for me. I’m always amazed when I see these trees that wrap around the the rock outcrops.

Sunday Tea before the crowds arrived.

I have to throw this image into today’s mix. On the way to Isle La Motte we sought out this wonderful little shack. Prompted by a PBS show about the country’s best pies (what can I say – it was a very late night when I found the show). Poorhouse Pies in Underhill, Vermont, was spotlighted. Self serve, 24 hours a day, in a small town on the road to nowhere in particular – on the honor system! What a wonderful thought and idea in a world so twisted and jaded. And the pie was great!!

Thanks for your visit today.